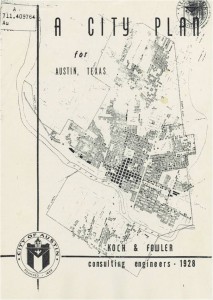 In 1928, the City passed a Master Plan that located “undesirable industry” east of present-day IH-35 (East Avenue).  They denied city service to people of color living west of IH-35. Even though this practice was declared unconstitutional in 1940’s, Austin continues to live with this shameful legacy of racism.

As a result over 90% of industrial zoning was placed in East Austin; the community has been fighting for years to clean it up. Successful efforts include the closing of the Tank Farm and Browning Ferris Industries (BFI) recycling landfill, as well as the more recent closure of the Holly Power Plant.

Today the fight continues, now with the focus on relocating the Pure Casting facility located in the heart of a residential community and across the street from Zavala Elementary School. Pure Casting dumps over 220 lbs of toxic waste a month.  Many of these toxic chemicals and metals are spewed into the air that school children and families must breathe every day.  In addition, they are loaded and unloaded in the community on 18-wheelers, which adds more noise and air pollution and is dangerous for the children.

What the community is asking for is to use part of the $55 million in affordable housing bonds to purchase the site, relocate Pure Casting and build affordable housing.  This property lies adjacent to property already owned by the city, and is a perfect site for more homes.  Austin has already demonstrated the ability to build real affordable homes in the public and non-profit sectors, as shown by Guadalupe Neighborhood Development Group, Habitat for Humanity, and other groups that have used Community Development Block Grants (CDBG) and other funds.

PODER has also worked to achieve the preservation of the Roy Guerrero Colorado River Park and Oak Springs Water Quality Preserve. Through an inter-generational model of leadership development, PODER is raising the next generation of community leaders to honor the world, and its resources, and to understand that democracy only works by participation.

East Austin communities have proved to be crucial to the citywide community, in both cultural wealth, and as a model of civic activism that we can all learn from.